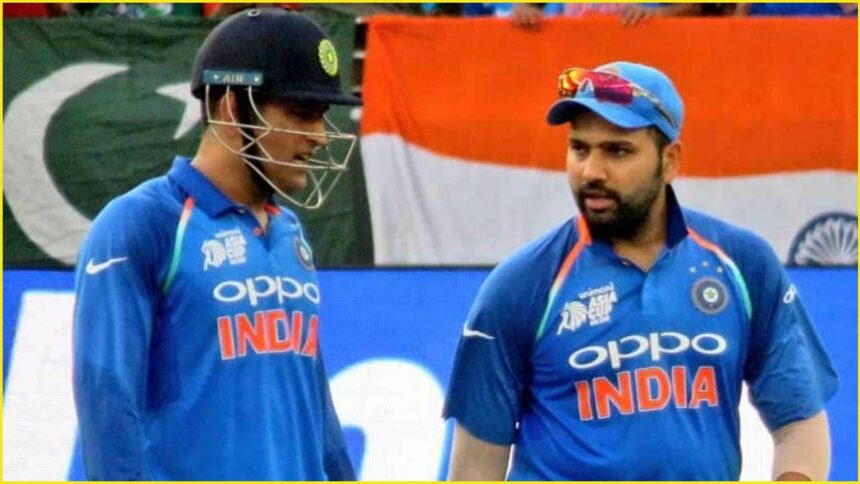 Rohit Sharma overtook MS Dhoni as he led India to the 16th win under his captaincy on Wednesday, 28th of September.

Rohit Sharma passed the former India skipper MS Dhoni to register the most number of wins in a calendar year.

Dhoni had set the record back in 2016 when he led the team to 15 victories in the shortest format of the game.

India hosted Australia for three T20Is before inviting South Africa for the bilateral series, where the Men in Blue broke Pakistan’s record by registering the most wins in a calendar year.

India beat Australia in the third T20I to win the series 2-1, and India surpassed Pakistan to mark their 21st T20I win in the calendar vear.

The streak was extended to 22 after the win against South Africa.

Under Rohit’s leadership, India has played twenty one T20I matches so far this year and, out of those 21, the Men in Blue have won 16.

Rohit started 2022 by securing eight consecutive wins, three each against the West Indies and Sri Lanka in February and two against England in July.

They he won three out of the four matches against the West Indies in the Caribbean islands.

India set to play two more T20Is against South Africa and at least five more matches in the T20 World Cup, which starts next month, Rohit is expected to increase his tally.

The hit-man has a very impressive T20 record, let’s dive into some details.

Sharma has hit four centuries and twenty eight fifties, which have included 330 fours and 177 sixes, his highest being 118 which came against Sri Lanka in 2017.

The Indian skipper has been not out on 17 occasion which it very impressive considering he has opened the batting for Indian in most of the game that he has played.