Jofra Archer who played his last competitive game more than a year ago, is currently recovering from an injury issue and will return to the England side in December on the tour to Pakistan.

Archer was eyeing a return with Sussex in the Vitality Blast in late May.

Unfortunately, the pacer suffered yet another injury on his comeback trail that ruled him out for the remainder of the season.

The 27-year-old has been battling injury issues for the last year and has had to undergo three surgeries in a span of 14 months, two on his elbow and one on his hand to remove a piece of glass.

Jofra last appeared in England colours during their tour of India in 2021 where he was part of the Test and T20I squad.

Since then, he has been rehabilitating and was even with the England squad that travelled to the Caribbean for Test and T20I series.

According to a report, Jofra has been “invited to a winter training camp” to begin his journey back into the Test side earlier this month.

The right-handed fast bowler’s last game was for Sussex against Oxfordshire on July 20, 2021, at Hove, in which he failed to take any wickets.

Since then, he has been out of action but could soon return to the field.

“In a situation like this, when you are forced to have operations, you do think about whether you are going to play cricket again, whether you’re going to play all formats even but the ECB gave me the assurance and peace of mind that they wanted me around for a long time.” said Archer [Via Ecb.co.uk]

“At one point I thought I was going to lose my [England central] contract when things weren’t going well, but now I have confidence about what the future holds. Part of that is down to them not rushing me back.” added Archer

Archer should be match-fit by the end of the year, barring any further setbacks

England are scheduled to travel to Pakistan for a three-match Test series in December this year and Archer could be in contention to be part of the squad.

ECB isn’t placing any target date on his return but he could travel with the side to Abu Dhabi “on a pre-Pakistan Test tour gathering in November, which will also include England Lions playing against Sri Lanka in early 2023. 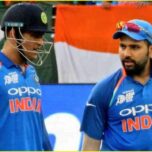 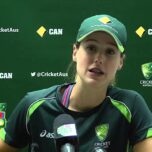