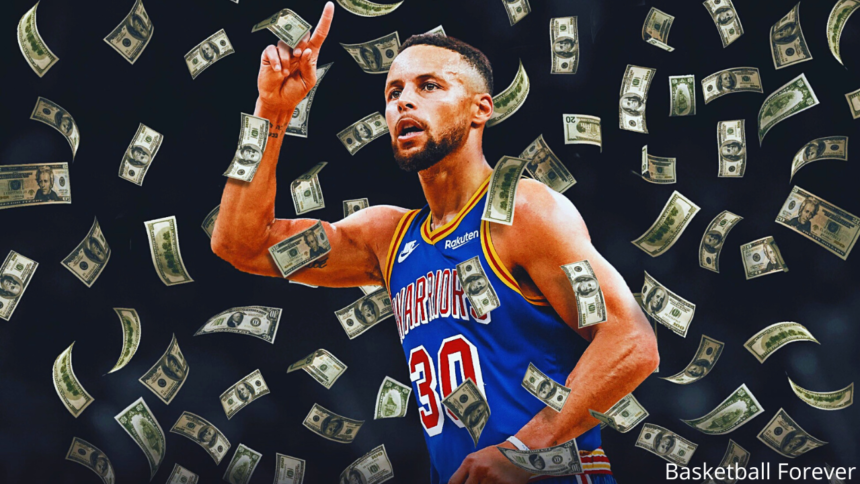 Stephen Curry is a superstar in the NBA league. He is the all-time leading three-point shooter and a four-time NBA champ. He is the trophy winner of the prestigious NBA Finals MVP award, named after legendary basketball player Bill Rusell.

Have you ever wondered how much Stephen Curry earns by playing basketball and with brand endorsements outside the NBA and his networth?

Stephen Curry Net Worth through Salary

In his early seasons in the NBA, Stephen Curry had no significant endorsement deals and only earned about $3 million a year from the NBA and endorsements.

Today, Stephen Curry is one of the highest-paid athletes in the world. In a typical year, he makes $50 million in NBA salaries and another $30-40 million from endorsements, for a total of $80-90 million.

Stephen Curry earned approximately $50 million between June 2016 and June 2017 in salaries and endorsements.

As one of the biggest players in the game, it’s no surprise that Curry has developed partnerships with renowned brands such as 2K Sports, Callaway Golf, FTX, Google, and Under Armour.

In his first decade in the NBA, he earned about $130 million in salaries and another $150 million in endorsements.

On July 1, 2017, it was announced that Steph Curry had signed a new contract with the Warriors.

It was the most lucrative contract in NBA history at the time. The 5-year, $201.2 million contract earned him an average of $40 million a year.

This record deal made Stephen Curry the first player to earn more than $40 million per season.

His record for the largest contract was broken a few weeks later when Russell Westbrook signed a five-year, $206.8 million deal.

Russell’s record was broken on December 1. On January 1, 2020, when Giannis Antetokounmpo signed a five-year, $228.2 million contract.

On August 4, 2021, Steph Curry signed a $215 million, 4-year extension with the Warriors. The salary per season breaks down as follows:

In September 2019, Stephen Curry and Ayesha Curry spent $31 million on a new home in Atherton, California.

The three-story mansion sits on 1.2 acres and features a detached garage and a separate guest cottage.

He also owns another home in Walnut, California, which he bought in 2015 for $3.2 million. 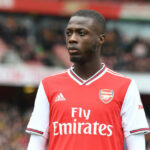 Arsenal are looking to let Nicolas Pepe leave on loan.
Next Article 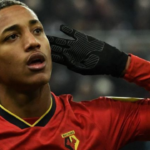 New Castle’s latest bid for for Joao Pedro has been verbally accepted by Watford.
Leave a review Leave a review