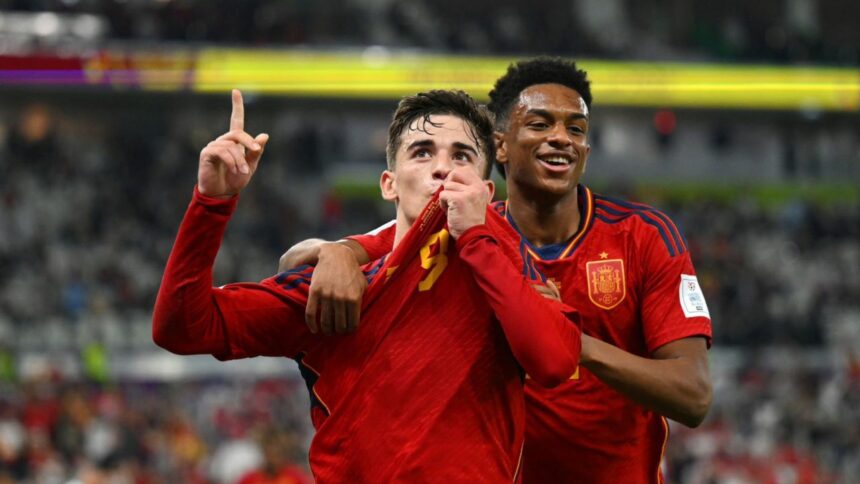 La Roja trounced Costa Rica in their opening tournament game, winning 7-0. The match was Group E. Gavi wowed everyone with a side-footed volley that he utilized to score his team’s fifth goal. In addition to Gavi, Dani Olmo, Marco Asensio, Carlos Soler, and Alvaro Morata scored. At the same time, Ferran Torres scored twice for Spain.

Luis Enrique, Spain’s Coach, Was Questioned About Gavi’s Goal In 2022. (Via
Barca Blaugranes):

“I can’t comment. I hope he keeps improving and stays active with and without the ball. He is unique and distinct from other players since he is 18, yet he has the temperament of an experienced player. Boyhood makes playing with the child a delight. Although he needs to calm down sometimes, we’re grateful to have him on our team. I don’t doubt he’ll be a star in football.”

Enrique Had One More Thing To Say About The Game, And Football Espana reported that he Said:

“If you want to know the truth, I’ve been giving you harsh warnings for weeks. Football has the potential to be a great sport when played without interruptions. Despite facing a powerful opponent, we managed to control the match, which was the goal. On the other hand, we were unmatched in ball handling and finishing. Keeping with what has guided the national team for years.”

Enrique Has Indicated He Wants His Players To Start Preparing Soon For The
November 27 Encounter Against Germany:

“We’ll have a head start on Germany by training first tomorrow. Applause diminishes. We know
and won’t be duped. We aim to keep playing this way, but we may only win select games by a
wide margin. Football fans know we’re a formidable opponent.”

‘They Are Dead’: Lionel Messi Speaks to his teammates after the loss against Saudi Arabia
Next Article