Iyer was the highest run scorer in the Series with 191 which came at an average of 95.5.

The right-hand middle order batter was is prime touch, he was the one player to get a century in the series, he made 113 of 111 balls in the second ODI where India changed down 278 quite comfortably.

Shreyas started with fiery 50 of the first match which came of just 37 balls, He was 28 not out in the final ODI Which India won.

Heinrich Klaasen was the second highest run scorer in the Series with 138 runs which came at an average of 46.

Klaasen started the Series with a brilliant knock of 74 which came of only 64 ball, his knock was crucial in taking the team to victory as India fell short of 9 runs.

Heinrich contributed with 30 in the second game, which South Africa went on to lose, he was the top run-getting for South Africa in the final ODI with 34 runs of 42 ball.

Ishan Kishan was the third-highest run scorer in the Series, she finished with 123 run, which came at an average of 41.

He was particularly brilliant in the second game where he scored a match-winning 93 and took India to victory.

Samson was the fourth-highest run scorer in the Series with 118 runs and didn’t get out even once.

Sanju Samson played a fantastic knock in the first match of the series, he scored an unbeaten 86 of 53 and almost took India to victory, South Africa went on to win the game by 8 runs.

Sanju finished the second match with an unbeaten 30 of 36 balls and took India to a comfortable victory, The wicketkeeper batsmen remained 2 not out in the final game of the series, the top order has scored bulk of the runs.

Miller was the fifth highest run scorer in the Series with 117 runs which came at an average of 39.

David started of the series with a match-winning knock of 75 which came of just 63 balls, he couldn’t replicate the same form in the next two ODIs as he scored 35 of 34 in the second ODI and 7 from 8 in the final match, both of which South Africa lost. (Sportz18.com) 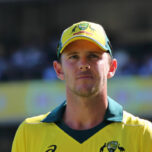