India will go up against Zimbabwe in the 42nd match of the ICC T20 World Cup, 2022 at the MCG in Melbourne.

The Men in Blue, who are currently sitting on the top of Group 2’s points table, have been excellent through out this T20 World Cup. They started their campaign with a win against Pakistan. Next up, they destroyed the Netherlands and Bangladesh, before losing a close encounter with South Africa.

India are one of the favourites to win the tournament. But Captain Rohit Sharma and his boys would be looking at a step at a time, they need to win against Zimbabwe to confirm their spot in the Semi-Finals.

The Zimbabweans boys are knocked out of the competition, but they have been simply outstanding throughout the tournament. Coming into the Super 12 after beating Ireland and Scotland, they outplayed Pakistan and had a washed-out game against South Africa.

Zimbabwe are out of the tournament but will look to finish things on a high. If India wins then proceed to the next round. In case of a loss, they will have to depend on the results of the other matches.

The last three matches at the MCG have been abandoned due to rain. Both teams will be hoping that they get to play a full game. The pitch is expected to provide decent support to both the batters and the bowlers. The spinner will play an important role in the middle over and will try to make use of the long boundaries at this venue. The team winning the toss might look to bowl and chase down the target under lights, in the second innings.

India will enter this game as strong favourites, Zimbabwe has little to no chance of creating an upset in this encounter. 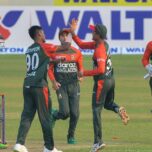 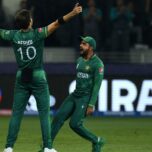